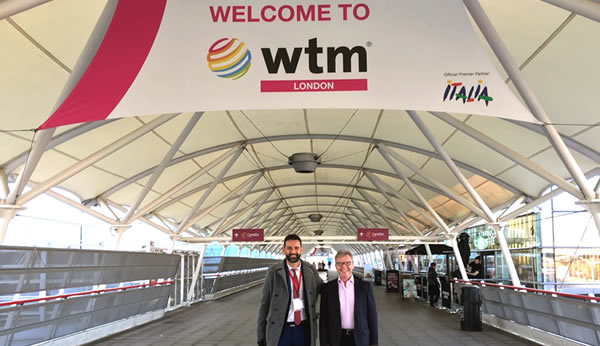 Throughout these last months Juniper has been present in several tourism fairs. Here we offer a small summary of those we have attended with our own stand:

The first ‘must attend’ event of the year was FITUR in Madrid, from the 18th to the 20th of January. FITUR is the global meeting point for all tourism professionals and the leading trade fair for all receptive markets and outbound agencies of Latin America.

The trade fair took place from the 4th to the 6th of April, where Juniper attended for the first time with its own stand. The WTM Latin America is the leading world event in the travel industry and Latin America tourism where more than 8000 professionals live three days networking, negotiating and discovering new products.

The ATM Dubai is the leading world event of the travel industry and Middle East tourism. Part of our management and Sales & Marketing teams attended this fair from the 24th to the 27th of April, and they returned with new important leads and business opportunities.

Juniper attended IPW, the main tourism fair in the United States. The trade show had approximately 1,100 exhibition stands and tourism suppliers from the USA and more than 5,000 attendees between national and international buyers.

In September we moved to China to strengthen our trade ties with clients and partners in the Asia-Pacific region. The PATA Travel Mart, is a fair aimed at the responsible development of the tourism industry in this region.

We were also at the Brazilian association of travel agencies fair ABAV Expo Turismo, held in September. For the first time, we attended the fair accompanied by representatives of our business division T4W (Cangooroo).

The presence of Juniper in the ITB Asia 2017 can be described as very productive; a multitude of professionals from the tourism industry visited our booth to be interested in Juniper and Cangooroo solutions.

We have attendedour annual appointment in London for the fourth consecutive year with our own stand. In addition to establishing new connections with partners and clients, our goal in the World Travel Market has been to consolidate our position as one of the leading companies in technological innovation thanks to our distribution platforms.

For the first time, Juniper participated in FESTURIS Gramado (Brazil), which took place this last month of November. This tourism international fair is considered for the professional sector as one of the most important in terms of business generation in Latin America.